I was only young when in the early 90’s, the dissolution of Yugoslavia began, resulting in various wars between the former republics. Political tensions had been brewing back in the 80’s but were put to rest by President Tito (a highly respected figure in Yugoslavia history.) After Tito died in 1990 the tensions fired back up again causing the republics to claim themselves as independent countries (this happened at various stages with various repercussions.) These are now known to be Slovenia, Croatia, Bosnia and Herzegovina, Montenegro, Serbia, Macedonia and Kosovo.

It was a very complex conflict

The most brutal of the repercussions occurred shortly after Bosnia & Herzegovina held a referendum resulting in independence in 1992. To keep it short (as it’s a lengthy explanation), the Bosnian Croats and Muslims voted for independence, but the Bosnian Serbs didn’t want it, so they teamed up with other Serbs to rebel against it. It was a very complex conflict, with alliances varying and changing depending on which parts of Bosnia was being defended or controlled. When it ended in 1995, the death toll of the war was around 100,000, with 2.2 million people having been displaced. It is the most devastating conflict in Europe since World War II.

Unfortunately due to their prime location and symbolisation Sarajevo and Mostar were majorly attacked and suffered badly….. and to be honest, even writing about this is emotional, so can you imagine how the people feel? If you want to know the details and read the devastating accounts, you can google what happened….. Sometimes you find that historic accounts can be bias, but in this case you can’t distrust the heartbreaking facts of the countless people who died or had their lives ruined.

However, what I want to focus on is how these two cities have bounced back and put themselves together again to become wonderful, magnificent and safe cities to visit and enjoy!

I felt honoured to visit these two cities

I was lucky to visit these cities as research for my job and like some people (especially those older than my tender age of nearly 30), I remember the negative association of Bosnia. Even my Mum seemed apprehensive when I told her I was going there. I want to get rid of that jump to conclusion. Is it because we focus so much on the negative? Are news outlets to blame for only reporting the bad and not the good? Yes, the bad should not be ignored or overlooked, at all, but we need to report on the positives too! I felt honoured to visit these two cities and my emotions whilst I was there ranged from sadness, to awe, to wonder.

Cultural diversity is at the very core of this country with the population divided into many groups whose descendents have lived peacefully alongside each other despite differences in their beliefs, and is actually one of the few places in Europe where all these groups live together in harmony (mostly). Their diversity is also evident in social norms, religious and cultural festivities, music, art, and cuisine. Religious buildings are centuries old consisting of Mosques, Synagogues, Orthodox and Catholic Churches, which proves even more the length and depth that this harmony has existed for. In Mostar, I could twirl a full circle (wishing I was in a dress so I could fully appreciate the twirling) and point out all of these magnificent buildings. Theses religious buildings are literally side by side symbolising quite simply that the people here coexist side by side and have done for centuries.

When I arrived in Sarajevo, my meeting point being the town hall, (which used to be the library before it was burned down by Bosnian-Serbs. I swear I could hear the books still crying), I could tell from where I stood which buildings were from which century; Ottoman, Austro-Hungarian, Yugoslavian, and probably many others. Some were beautiful, some old and some grand. Others were, well, a little ugly… but together it screamed diversity and history. What was devastating was the bullet holes and shell marks on various buildings in Sarajevo and Mostar left over as scarring reminders of the most recent conflicts.

Walking through the streets, of Sarajevo and Mostar you skip through the centuries, the cultures and breathe in how people live today. You won’t miss the distinctive smell of coffee and fruity shisha pipes wafting through the streets, pulling you in to the cute comfy cafes that you can find everywhere. I assumed that the shisha pipes went hand in hand with the Ottoman influences but has only been made popular since travel links from Turkey have been more accessible in the recent years.

Coffee equals conversation in Bosnia, which is the actually in most of the other Balkan countries. Its strong, properly made and the sessions can last for hours. I made sure that I bought some to bring home with me! Mixed with the coffee smell is food, which I’m told the Bosnian lamb kebabs here are amazing (I’m vegetarian so nah). This isn’t your friday night, booze fulled kebab. This is fresh homemade flat bread and local lamb served with a yoghurt drink. It looked huge. I settled for Tulumbe which was a traditional dough like sweet with syrup. It was sticky but delicious. Oh and I had ice cream too! (Diet was well and truly out the window). As well as the cafes and food places, markets line the streets selling traditional carpets, food, coffee, coffee pots and copper souvenirs. If you wanted to buy something, it won’t set you back and is very reasonably priced.

Hands down one of Mostar’s most famous architectural masterpieces is the Stari Most (Old Bridge in English). The name Mostar is derived from the meaning ‘bridge keepers’. (A fitting name!)

The Ottoman era bridge and most of the historic town was destroyed in the 90’s conflict and was rebuilt in 2004 once again proving that rebuilding isn’t just structural but also symbolic of the people it represents. Strength, unity and solidarity.

I saw a big rock at the foot of the bridge that said ‘Don’t Forget ’93’. Not only will they never forget what happened here, they won’t stop picking themselves up and rebuilding once again.

The local guides are amazing and usually are from these areas which adds even more value to tour. I recommend anyone that’s visiting for the first time to pay for a guide to take you around. Not only will you not get lost (something I am prone at doing-a lot) you will learn a lot and will most probably spend the time wide-eyed with your jaw to the floor in amazement (like I did).

Thanks for reading! I really hope this makes you want to pack and go! Do it!

I am a thirty something coffee loving vegetarian, traveller and writer. When I’m not being paid to seek out the next best holiday, you will find me working on my first novel. My constant need to be artistic can be tiring but worth it! The idea of this blog is to share my passions in hope that someone else will enjoy it just as much as I do! View all posts by Joanne Johnston

There was an error retrieving images from Instagram. An attempt will be remade in a few minutes. 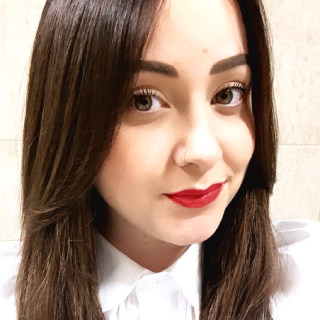 I am a thirty something coffee loving vegetarian, traveller and writer. When I’m not being paid to seek out the next best holiday, you will find me working on my first novel. My constant need to be artistic can be tiring but worth it! The idea of this blog is to share my passions in hope that someone else will enjoy it just as much as I do!